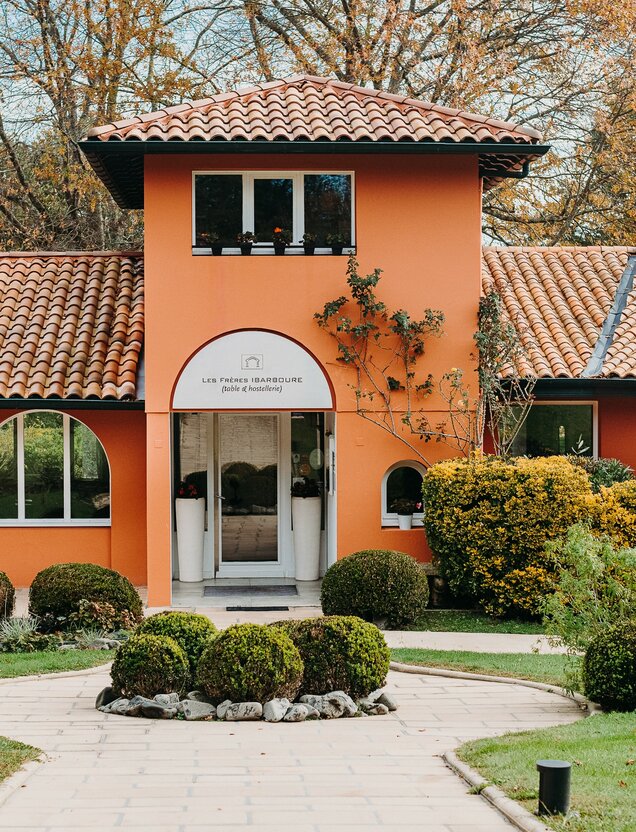 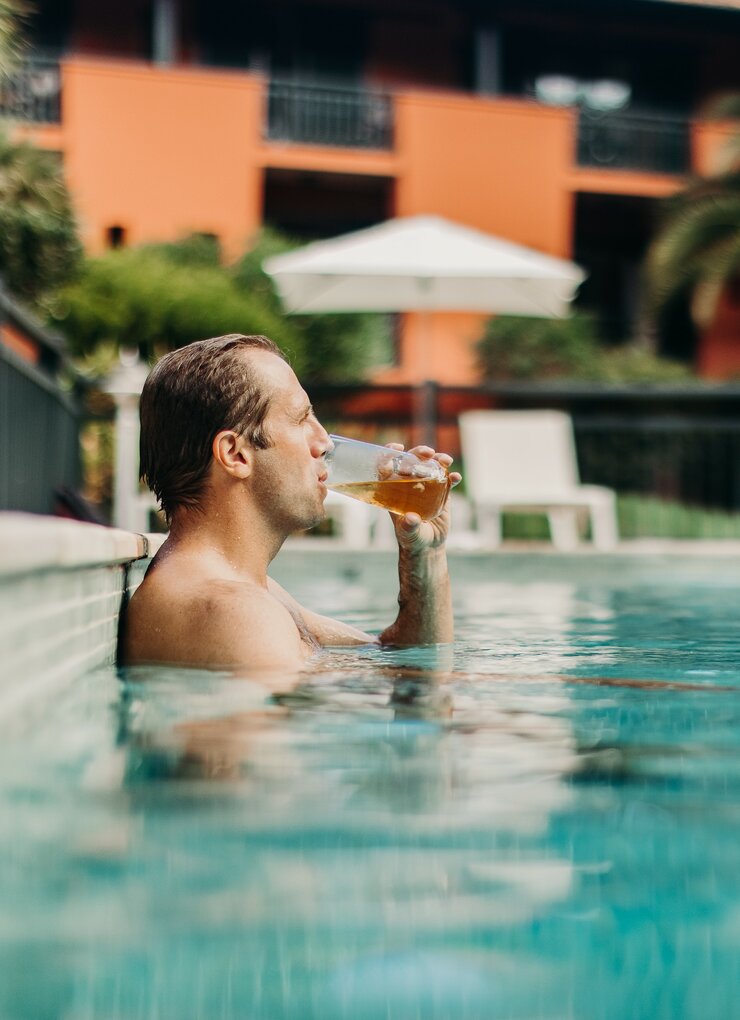 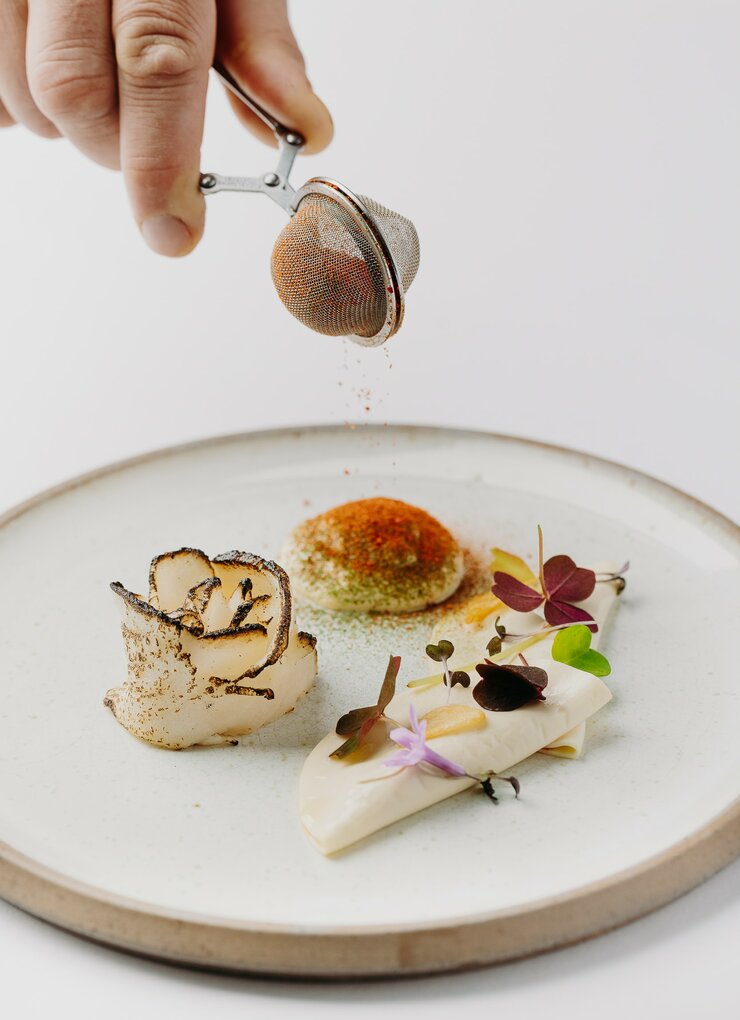 A table in the restaurant 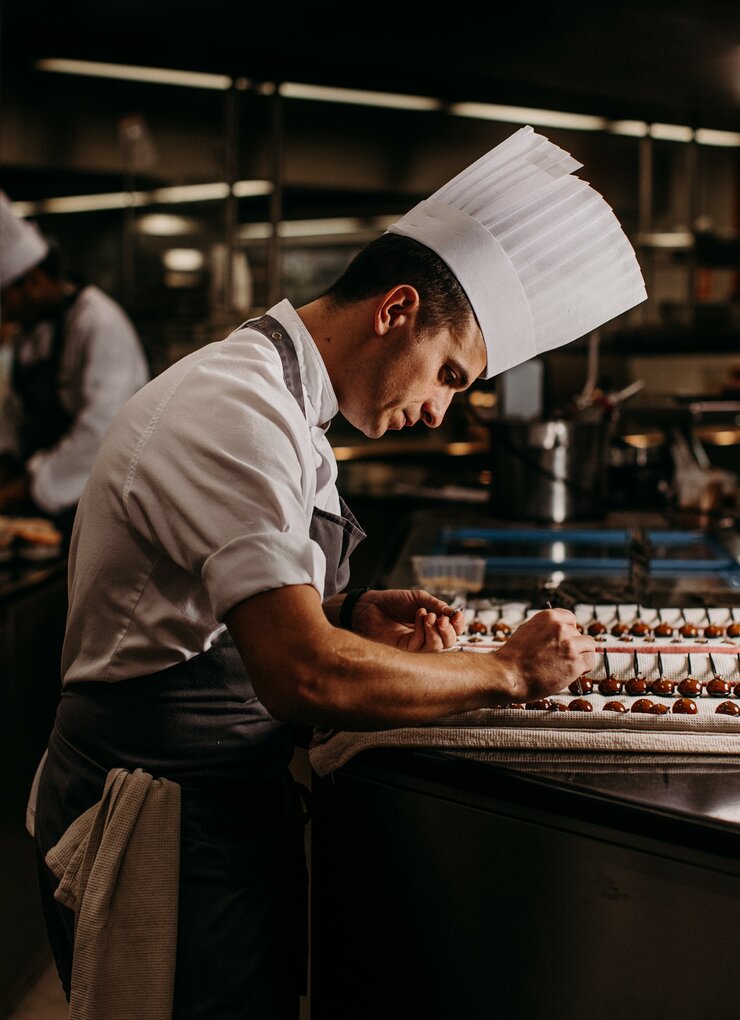 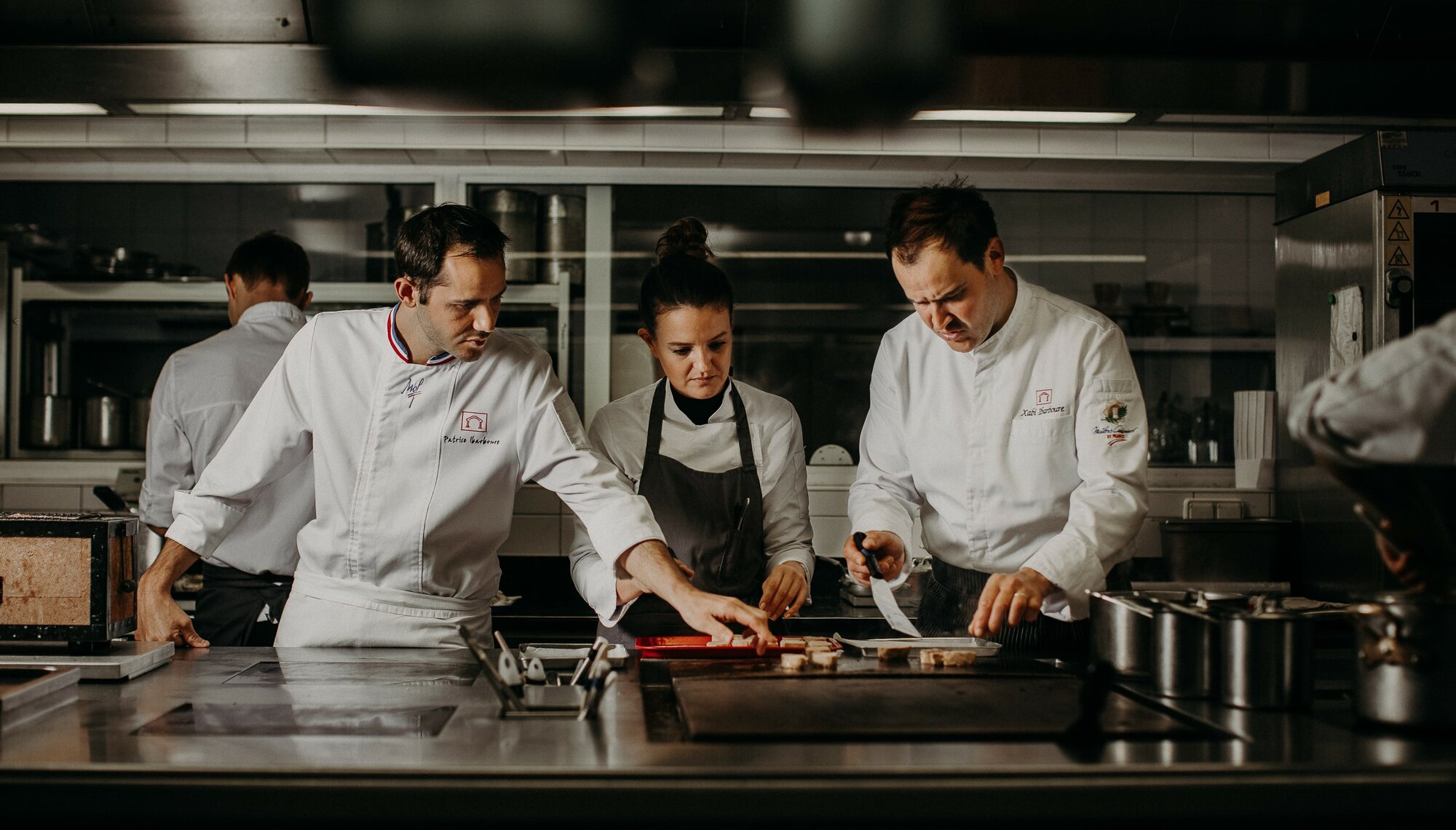 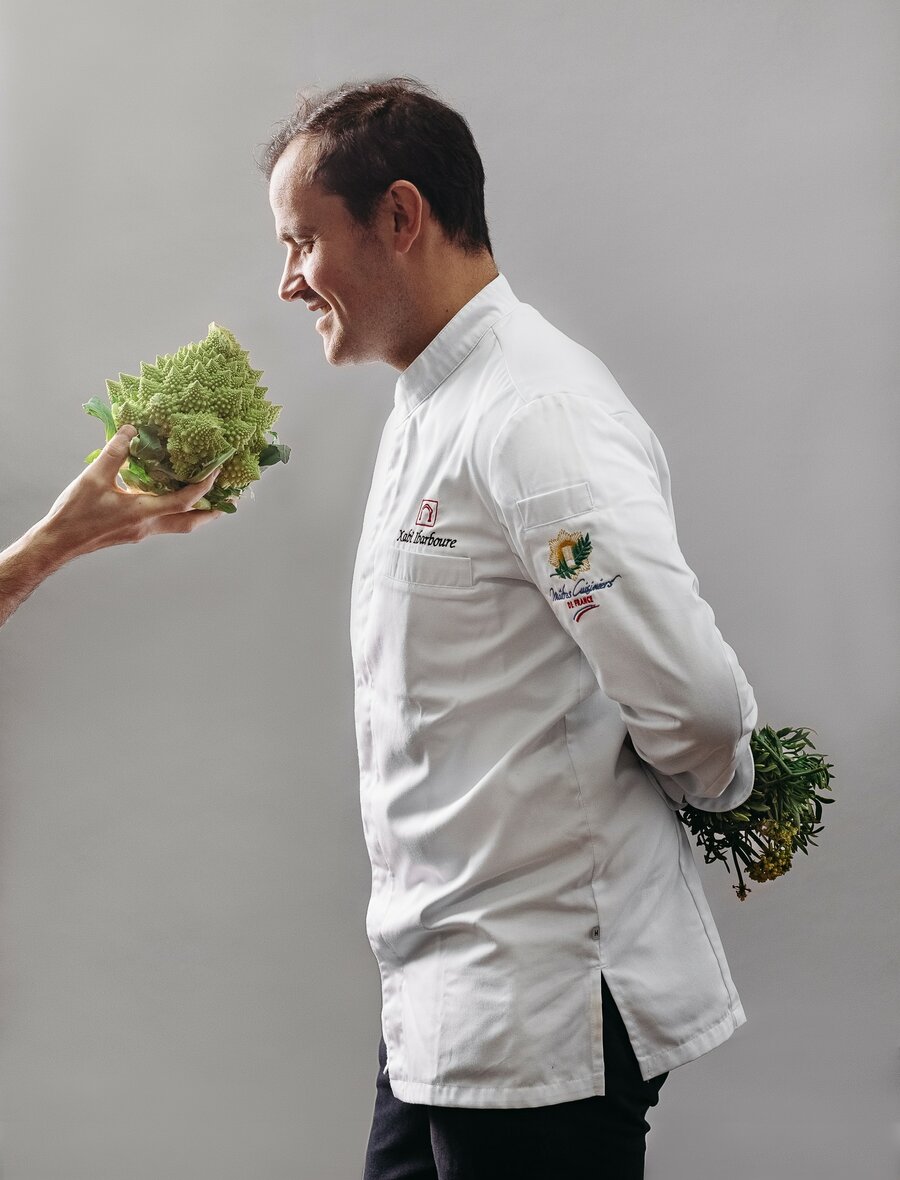 Oldest brother of Philippe, he discovers the cooking  world thanks to his grandparents and parents, in the family business. Xabi is a perfectionist. Very demanding with himself, he likes to surpass everything he does ; he’s a challenge man. He expresses himself through his cuisine, always looking for news tastes and new techniques. But not only in the kitchen but also in the sports (running, basque pelote game).

He studied at the Lycée Hôtelier de Biarritz. After graduating from high school and from the BTS Cuisine, he decides, in 2003, to leave the Basque Country. After a period in Montpellier at “Les Frères Pourcel”, il stays for 2 years at la Côte Saint Jacques in Joigny (3 star in the Michelin book), family business run by Jean-Michel Lorain. In 2005, he leaves for the Meurice in Paris next to Yannick Alleno with whom il learns the rigor of the great palaces.

After a lot of very rewarding and formative years, he comes back to the Basque Country in the family house “Les Frères Ibarboure – table et hostellerie” in 2008 along with his wife, Soline. The first years, he cooks alongside with his father then brings progressively his touch and his creativity until running entirely the kitchen in 2012. In 2013, his brother, Patrice, Pastry chef comes to work with him. They then are the new generation of Ibarboure Brothers.

Real grounds man and really close to people, Xabi needs to smell, taste, touch the products, that are a completely inspiration, in order to elaborate a new dish. Loving father, he finds the balance and his energy next to his children.

He always was immersed since his childhood in the restaurant world. At the end of his education, it was then obvious for him to follow the path of his parents and grandparents. Passioned by the patisserie, after graduating from the Lycée Hotelier de Biarritz he decides at 20 years old to go conquer Paris. He will stay for 5 years : 2 at Fauchon in a shop, one and a half year next to the great chef Pierre Gagnaire and one year at Palace Crillon next to Jérôme Chaucesse. At the end of 2011, he crosses the Atlantic Ocean to go to New York to join another great starred chef, Daniel Boulud.

After many rich experiences and the head full of desserts, he decides to come back to his roots and his brother Xabi Ibarboure in April 2013.

Perfectionist and artist, he approaches the creation of his desserts as a real challenge. Always looking for new ideas for his desserts and his artistic creations in sugar, it’s not unusual to see him go through the patisserie books but also architecture and decoration books.

In 2017, he becomes Europe’s vice-champion of the contest organised every two years au Sirha of the Europe’s Cup of Sugar and get the Tholoniat.

He doesn’t stop there and starts the contest of Meilleur Ouvrier de France which he passes with flying colors in October 2018. Along with his precious blue, white and red collar he speaks in France and overseas in prestigious schools for sharing his savoir-faire.

In love with nature, he finds his comfort in sports or near the ocean. 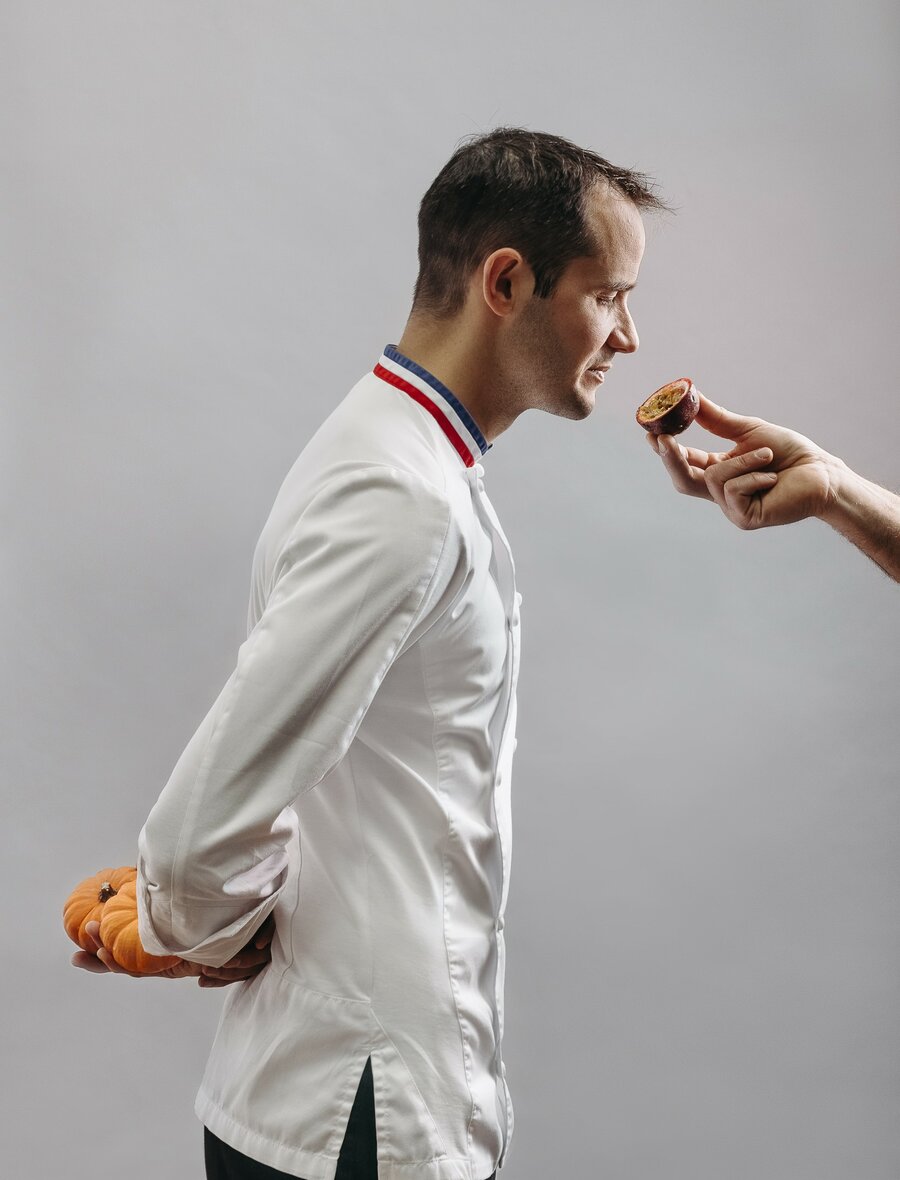